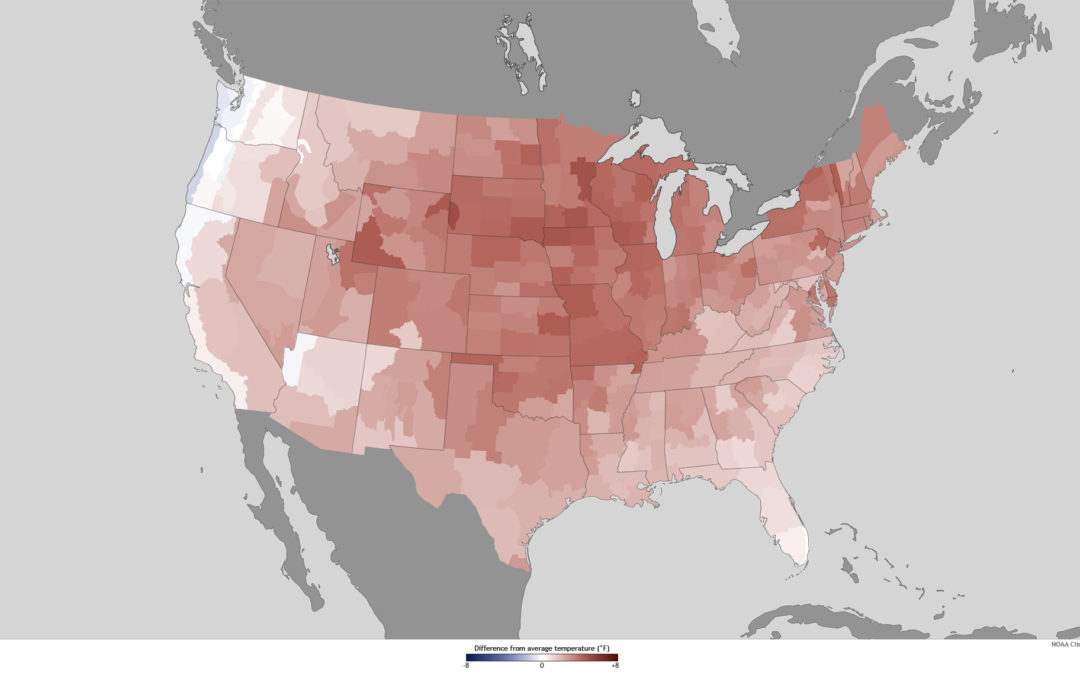 Recent data released by the National Oceanic and Atmospheric Administration reveals that 2012 was the warmest year in recorded history for the United States.  If you remember back to last winter much of the Midwest and East Coast bathed in summertime temperatures throughout the winter, logging extraordinarily warm highs to the delight of it’s citizens.

But with the warm air came a lack of precipitation and further calls for a comprehensive climate change inititative to ward off the impending weather extremes that most all scientists say are coming sooner than later.  “According to NOAA scientists, the average temperature for the contiguous U.S. for 2012 was 55.3°F, which was 3.2°F above the 20th century average and 1.0°F above the previous record from 1998.” (NOAA)

As you know, the continual deforestation taking place across the world is becoming a major player in the climate change issue as we are essentially eliminating the vessel that keeps our CO2 levels in check.  Without progress on this front, we are precariously close to seeing our rainforests and boreal forests vanish and our global temperatures continuing to rise to dangerous levels.  Now is the time to lessen our impact on the environment, help us to be that change.